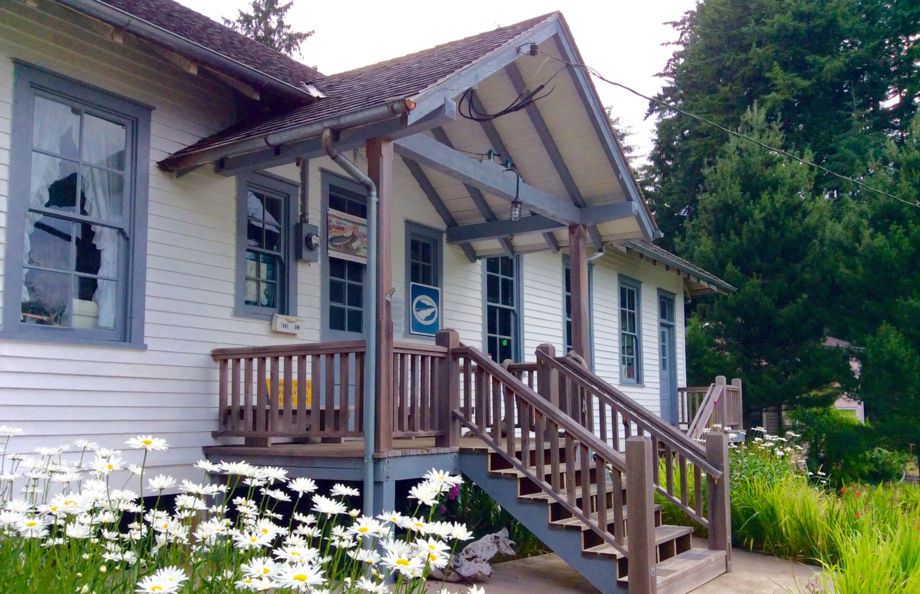 Throughout its history, men and women joined efforts and visions to make public health work at the mouth of the Columbia River a reality. Most of the surviving sources seem to push doctors, ship captains and city leaders to the forefront. Yet a more careful and discerning reading of them make the voices and actions of women audible who stood right next to the men and contributed significantly to the functioning of the quarantine station. This blog showcases them as they reemerge out of the past. Listen to their voices and see how they shaped life, work and public health at the mouth of the Columbia River. 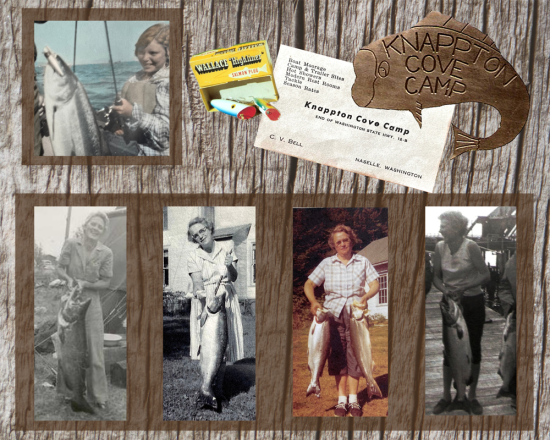 Here we celebrate the fishing women that graced our shores in the 1950's. Clarence and Katharine Bell repurposed the dock and grounds in order to operate Knappton Cove Camp, a fishing campground and moorage. As their business card states, there were "Camp & Trailer Sites, Hot Showers, Modern Rest Rooms, & Tackle." They converted the hospital lazaretto building into rental units. According the receipt book, you could even rent an apartment for $6/night!

Sifting through the archives, we have found an abundance of proud women with their catch. Pictured here (left to right, from top photo) Nancy Bell with her first salmon, Bernita Zimmerman (her husband, Orville made the large wooden Knappton Cove Camp sign pictured), Viola Ehrenstrom (2 photos), and Ellen Magette. These ladies brought much love and laughter to The Cove. 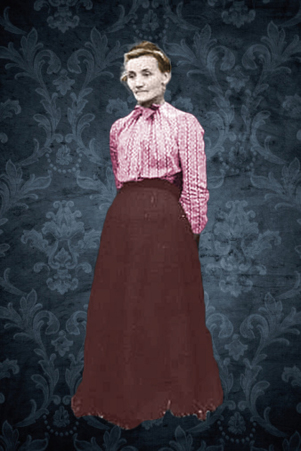 In 1900, the station moved toward the starting of operations.  During that year Annie Abraham emerged as the most important woman that Dr. Hill Hastings and Dr. Baylis H. Earle worked with.

She had been born 1865 in Norway named Annie Garberg.[1]  Her departure from Norway was recorded in the emigration record of Trondheim, Norway.  She arrived in the U.S. at the latest in 1882 and made her way across the country to the Northwest via Michigan and Wisconsin.  There, her daughter Ovidia was born and in the same year she married her first husband, a Mr. Wiggin.

By 1886 she had made it to Clatsop County and became this county’s resident.  There, she met Samual Abraham and the two asked a Presbytarian minister to marry them on November 29, 1886.[2]  Two years later her their son Frank Albert was born.  It must have been terrible to lose her 50 year Samual twelve years later in 1900.

In 1900 the year the quarantine station in Knappton, WA, opened Anne Abraham found herself a widow living very near by.[3]

Most likely Dr. Hill Hastings knew of her in 1900.  But it was his successor Dr. Earle who used her availability and hired Anne Abraham.  He made her a most important individual for years to come.  Initially, Dr. Earle offered her the traditional 19th century female role of a woman as a cook.  But when she reported for work on May 1, 1901 her status had been upgraded to housekeeper and attendant.  Most importantly, Dr. Earle signed her as attendant in care of women arriving at the wharf.  That meant she was the lead person attending to all female passengers and crew members.  After they disembarked it was Anne Abraham who supervised women’s bathing in a set aside location inside the building.[4]

Thus she joined attendants Frank Williams, Ole Estos and John Johnson.  However, the three men lived in the house for attendants located on the station’s ground while Anne Abraham continued to live with her children in her house located just yards from the station.[5]  Also she leased from the State of Washington land for $ 40.[6]

She entered U.M.S. work undergoing the professional initiation all attendants had to participate in: signing an oath of office.  She walked the few hundred yards to Knappton to take it.  There she visited the office of public notary Mr. Calendar who administered her oath.  Her signed document was put on a boat, crossed the Columbia river and Dr. Earle mailed it off to Washington D,C, on June 1, 1901.  Half a year of probationary employment followed.  But on November 1, 1901, Anne Abraham’s status was upgraded to regular attendant of the U.M.S.[7]  Her children welcomed home an immigrant mother who had captured something that was most rare in around the mouth of the Columbia river in 1901: a rare federal government job with regular pay.[8]

[1] The following story based on her personal data is excerpted from a posted chat on forum.arkivverket.no.accessed October 23, 2021.

[3] A sincere thank you to Penny Kramer of the Pacific County Historical Society for her help in finding records.

Please Email for Appointment Availability Outside of 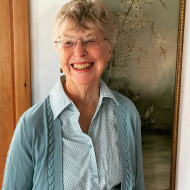 Check out Nancy's interview on Coast Radio's ARTS - Live & Local with Carol Newman. She talks about Women's History in the Public Health Service at Knappton Cove. The interview starts about 5 minutes in to the podcast.
ARTS - Live & Local! Podcast
Read more details about the history of Knappton Cove in Nancy's Book, The Columbia River's "Ellis" Island. Available for purchase on Amazon--$5 of every book goes toward the preservation of this historic site.
Listen to a longer discussion of the book and history of the Public Health Service at Knappton Cove with Sean from PHS Proud. 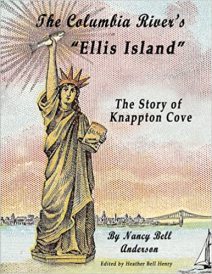 By Board Member Friedrich E. Schuler, Professor of History at Portland State University in Portland, Oregon. Read his interview in the PSU News!

A Shield for the Columbia offers the stories behind the founding of the quarantine station of the United States Public Health Service (USPHS) at Knappton Cove, Washington and Astoria, Oregon at the mouth of the Columbia River. It is a compelling account of unlikely political and economic alliances featuring the United States Marine Hospital Service (USMHS), transpacific shipping lines, Astoria's business community, and members of the U.S. Congress. 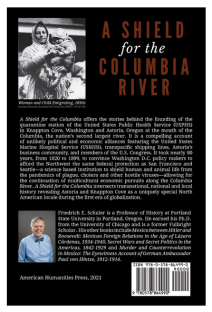